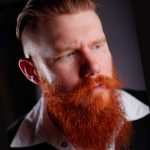 Name: Duncan Cunningham
Role: Producer, Director ,Writer, Publisher, Editor
Bio:
Duncan – Meet Duncan Cunningham, the mad genius behind Killer Comics. As a filmmaker turned comic book creator, Duncan brings a unique perspective and boundless creativity to his work, crafting tales that are dark, imaginative, and utterly captivating. With a background in working in morgues, hospitals, and asylums for the criminally insane, Duncan has a wealth of inspiration to draw from, and his passion for pushing the boundaries of the genre is evident in every panel. Whether you’re a fan of horror, action, or just good old-fashioned killer fun, you’ll find something to love in the pages of Killer Comics. Don’t miss out on the opportunity to experience the incredible stories brought to life by Duncan Cunningham – dive into the twisted world of Killer Comics today. 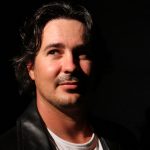 Name: Aaron Cassidy
Role: Writer
Bio:
Aaron – Originally a filmmaker Aaron Cassidy too found the mechanics of film making restrictive and frustrating, although the mechanics of comic writing present new challenges and difficulties, he finds the medium as a storyteller a breath of fresh air. As a writer Aaron has written many specs – long and short form, two feature films and  several shorts.
As a director he has completed a feature, several shorts and hours of corporate video. As a storyteller Aaron believes characters that require stupid decisions to advance a plot make for stupid plots. With that belief he has strived to learn as much as he can about as  much as he can. Throughout his life Aaron has worked in Film, theatre, television, music, pyrotechnics and construction. 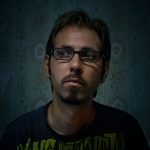 Name: Armand C. Rusinov
Role: Designer/Animator/Motion Graphics Artist/Comic lettering.
Bio:
Armand – He began his career as a graphic designer and quickly moved to web design, where he met Duncan as a customer. Since then, Armand has dived into numerous  types of media, including, but not limited to: Motion graphics, visual effects, graphic design, web design, sound design, animation, 3D graphics and music, among many others. You can visit his website at www.evilplanetstudios.com to see more of his work.

Prices shown are in US dollars

© 2016 DUNCAN CUNNINGHAM. ALL RIGHTS RESERVED. NO PORTION OF THIS PUBLICATION MAY BE REPRODUCED OR TRANSMITTED
IN ANY FORM OR BY ANY MEANS, WHETHER NOW KNOWN OR HEREAFTER INVENTED, WITHOUT THE EXPRESS WRITTEN PERMISSION
OF THE COPYRIGHT OWNERS, EXCEPT WHERE PERMITTED BY LAW. NO SIMILARITY BETWEEN ANY OF THE NAMES, CHARACTERS,
PERSONS AND/OR INSTITUTIONS IN THIS PUBLICATION AND THOSE OF ANY EXISTING OR PRE-EXISTING PERSON OR
INSTITUTION IS INTENDED, AND ANY SIMILARITY THAT MAY EXIST IS PURELY COINCIDENTAL.